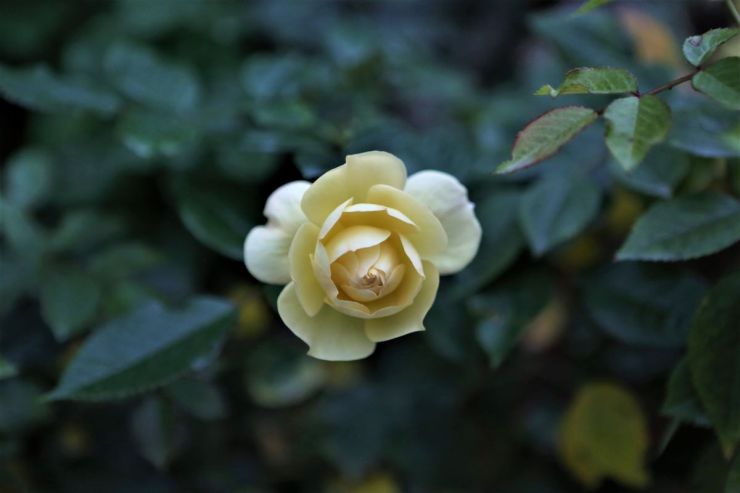 “The Mind is Buddha; Buddha is the Mind. Which is infinite void, without boundaries, without name and form.”

“Free from complexity, this luminous clarity is beyond the mind of conceptual ideas. It is merely the immaculate looking naturally at itself.”

Sogyal Rinpoche, the author of The Tibetan Book of Living & Dying, has interpreted ‘The Nature of Mind’ in elaborate detail:

Fundamentally, sem is that which can associate with an ‘other’ – with any ‘something‘ that is perceived as different from the perceiver.

This ordinary mind is the discursive, dualistic, thinking mind, which can only function in relation to a projected and falsely perceived external reference point. It is the mind that thinks, plots, desires, manipulates, that flares up in anger, that creates and indulges in waves of negative emotions and thoughts, that has to go on and on asserting, validating, and confirming its ‘existence’ by fragmenting, conceptualizing, and solidifying experience.

This ordinary mind is the ceaselessly shifting and shiftless prey of external influences, habitual tendencies, and conditioning. The masters liken it to a candle flame in an open doorway, vulnerable to all the winds of circumstance.

Seen from one angle, sem is flickering, unstable, grasping, and endlessly minding others’ business; its energy consumed by projecting outwards. I think of it sometimes as a Mexican jumping bean, or as a monkey hopping restlessly from branch to branch on a tree. Yet seen in another way, the ordinary mind has a false, dull stability; a smug and self-protective inertia, a stone-like calm of ingrained habits.

And sem is as cunning as a crooked politician, skeptical, distrustful, expert at trickery and guile, ‘ingenious,’ Jamyang Khyentse wrote, ‘in the games of deception.’ It is within the experience of this chaotic, confused, undisciplined, and repetitive sem, this ordinary mind, that, again and again, we undergo change and death.

Then there is the very nature of mind, its innermost essence, which is absolutely and always untouched by change or death. At present it is hidden within our ordinary mind, our sem, enveloped and obscured by the mental scurry of our thoughts and emotions. Just as clouds can be shifted by a strong gust of wind to reveal the shining sun and wide-open sky, so, under certain special circumstances, some inspiration may uncover for us glimpses of this nature of mind. These glimpses have many depths and degrees, but each of them will bring some light of understanding, meaning, and freedom. This is because the nature of mind is the very root itself of understanding. In Tibetan we call it Rigpa, a primordial, pure, pristine awareness that is at once intelligent, cognizant, radiant, and always awake. It could be said to be the knowledge of knowledge itself.

Even though we have this innermost nature of mind, we have not recognized it because it is so enclosed and wrapped up in our individual ordinary minds. Imagine an empty vase. The space inside is exactly the same as the space outside. Only the fragile walls of the vase separate one from the other. Our buddha mind is enclosed within the walls of our ordinary mind. But when we become enlightened, it is as if that vase shatters into pieces. The space ‘inside’ merges instantly into the space ‘outside.’ They become one: There and then we realize they were never separate or different; they were always the same.

Saints and mystics throughout history have adorned their realizations with different names and given them different faces and interpretations, but what they are all fundamentally experiencing is the essential nature of the mind. Christians and Jews call it ‘God’; Hindus call it ‘the Self,’ ‘Shiva,’ ‘Brahman,’ and ‘Vishnu’; Sufi mystics name it ‘the Hidden Essence’; and Buddhists call it ‘buddha nature.’ At the heart of all religions is the certainty that there is a fundamental truth, and that this life is a sacred opportunity to evolve and realize it.”

~ An excerpt from The Tibetan Book of Living & Dying (by Sogyal Rinpoche), worthy of revisiting every once in a while …

“When you know the truth, you don’t have to think much, you just live with wisdom. If you don’t know, you have more thinking than wisdom or no wisdom at all. A lot of thinking without wisdom is extreme suffering.”

“Be a smile, one part of wondrous existence. If I could not find peace in the midst of difficulty, I would never know real peace.”

“An early morning walk is a blessing for the whole day. Simplify your life. Don’t waste the years struggling for things that are unimportant.”

“As I see it, there isn’t so much to do. Just be ordinary – put on your robes, eat your food, and pass the time doing nothing.”

“We are all alike, on the inside. There was never yet an uninteresting life. Such a thing is an impossibility. Inside of the dullest exterior there is a drama, a comedy, and a tragedy.”

“The reality perceived by a fly, with its differently structured eyes and antennae, is totally different from the reality we perceive, but it is equally valid from the fly’s point of view. The same applies to ant, elephant, or dolphin – each of their perceptions is valid. No one’s vision is better than anyone else’s.”

“If someone gives you a hard time, it is because they are suffering a hard time within themselves, and the suffering is spilling over. They do not need punishment; they need help. That’s the message they are sending.”

“Between stimulus and response there is a space. In that space is your power to choose your response. In your response lies your growth and your freedom.”

“Ring the bells that still can ring. Forget your perfect offering. There is a crack in everything. That’s how the light gets in.”

“Expressing yourself in a way direct and simple, without any fancy adjustment, is true communication. Although the best way to communicate may be to sit together without saying anything.”

“My intention is purely to follow the dharma that is guiding me. That is all. My duty is to give pure sounds to the universe – pure and simple – with pure heart. The rest is not in my control or domain.”

“If you are completely confident in yourself, you don’t have to think about the audience at all. You just say what you have to say as it is, take it or leave it. If you present your own style this way, without reference to the audience, the mentality of the audience will gradually evolve.”

“Be still, and wait without hope. For hope would be hope for the wrong thing.”

“Say yes to your karma and whatever unfolds. It takes courage to accept your life fully. Courage is the fundamental openness, which makes room for all the pain, irony, mystery, and joy that life provides.”

“Never forget how swiftly this life will be over, like a flash of summer lightning or the wave of a hand. Now that you have the opportunity to practice dharma, do not waste a single moment on anything else.”

“You can fall in love with the universe, with the general situation. At that point, there is no reference to anyone or anything. It is just being in love, developing some kind of appetite for the world, appreciating everything as workable and lovable.”

“In sum, happiness is moment-to-moment acceptance and appreciation, a method of everyday life, a mastery of the mind.”